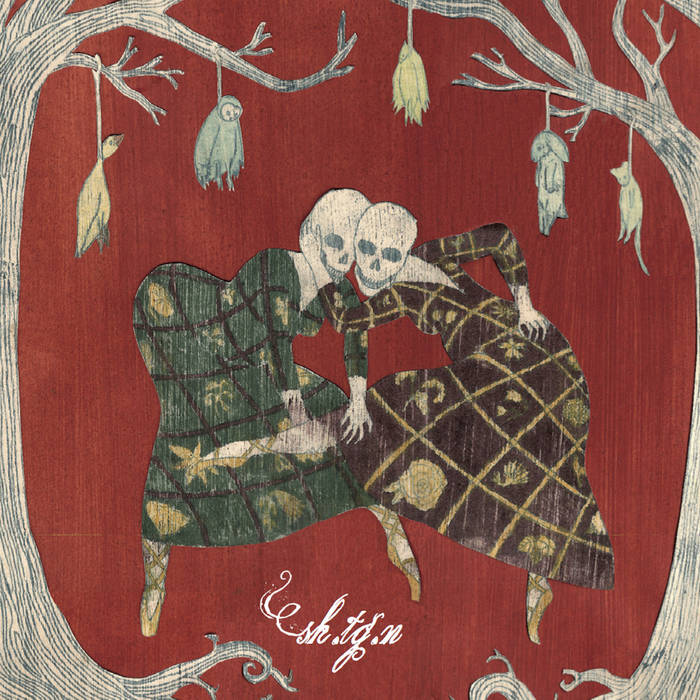 Vyacheslav Potapov (VP) I in delight! For me, the band was the opening! Favorite track: Deejays Should Have Low Self-Esteem.

SH.TG.N is the reunion of a six-pack of Belgian musicians from different musical backgrounds: jazz, classical and rock. It was founded in February 2009 by eclectic musician and keyboardist Antoine Guenet (who in meantime has joined another MoonJune Records' artist The Wrong Object), with the intention of bringing together all the music he loves, in a fun, extreme, and energetic way. The plan was to just let it all out.
SH.TG.N is also a statement. They are clashing all the uniformity in today's music, do what they want with no restrictions at all, and say it all loud! And that's just what they do. Vibraphonist Wim Segers, bass player Dries Geusens and drummer Simon Segers joined him for this tour-de-force.

At the beginning the songs were just a few seconds long, highly humorous, shotgun bullets. Right before their first gig in their hometown Ghent, Belgium, they were joined by guitarist Yannick De Pauw, which gave even more power to their sound. Slowly the concept evolved and songs got longer, more intricate, but kept all their bullet-effect.

Later, they were joined by long-time accomplice Fulco Ottervanger on vocals. Composing a few new songs, writing lyrics, and giving a voice to the freedom scream of SH.TG.N, he brought the last ingredient to the mad professor's formula. This explosive chemistry resulted in this live debut album for MoonJune Records. Made without cheating, no overdubs or edits -- just the raw live sound of SH.TG.N. It is a concentration of the dark, violent energy of metal, with the challenging and exciting structures of contemporary music, and the freedom of jazz. The artwork says it all: colorful, exciting, with strong contrasts and a playful darkness.

Bandcamp Daily  your guide to the world of Bandcamp

Featuring Oakland sounds from the Smart Bomb collective and Samplelov.